How to Explain Waitara to your Pakeha friends and Relations

The dispute over the Waitara Lands is one of the thorniest issues in Taranaki, and in our nation’s history.

This is not just because the conflicts in Waitara in the 1860s were the first engagements of the New Zealand Land Wars. It is also because of the land confiscations that followed these conflicts, and then the giving of some of this land to the predecessors of the New Plymouth District Council. This has ensured that the complexities of the Waitara dispute have endured until our present generation.

But it is not a complex issue. Any child knows the common-sense fair go that says if you steal something, then you should give it back. The dispute over the Waitara Lands is only complex when you are able to come up with 1001 ways of avoiding this common simplicity.

Let me try to give my European or Pakeha family and friends a more direct account of what the Waitara lands dispute might feel like if they were in the shoes of the Manukorihi and Otaraua hapu, the families who are known as the Waitara hapu of Te Atiawa.

And let’s shift the story:

Imagine that you are in the Argyle area of Scotland, and it is 1860, and you have just been visiting a family headed by a Mr McIntyre. This is quite a large extended family living on a ¼ acre section, on a street in a small rural Scottish village. The McIntyres are actually part of a Scottish clan that has lived in the Argyle area for nearly a thousand years. You found that this family were very hospitable, and were quite happy on their street and their modest section.

But, not long after your visit, the McIntyres, and many of their neighbours, were forcibly evicted from their homes by the English who wanted to sell their properties to someone else. In the case of the McIntyre in our story, it was a violent eviction and the roof of his home was removed. This was hotly resisted, and one of the McIntyre sons was killed in the altercation. 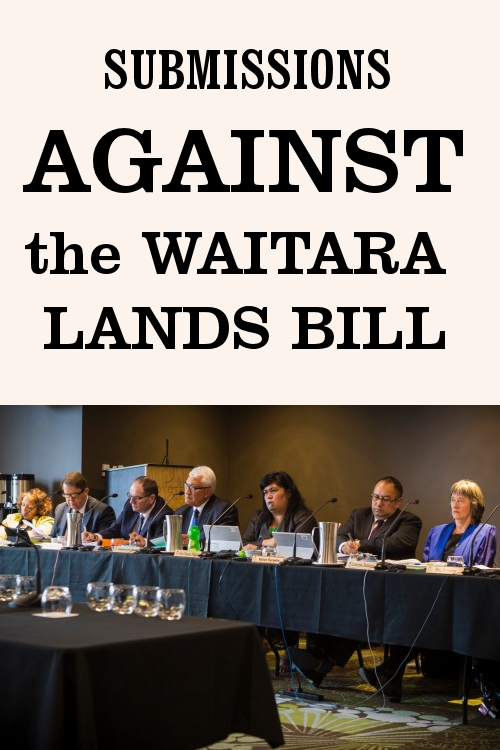 Just a few years later, Mr McIntyre and his family actually were able to return to live on that same section on the same street, only this time McIntyre was paying a leasehold rent to the English (a payment he called “the ransom”), along with the property rates he paid to the local Council, and the interest rates he paid to the local bank manager for the mortgage loan he had taken out to rebuild his home and pay all these ongoing expenses.

But McIntyre never forgot that the land he was living on had been stolen from him ... and over the next 160 years, his children and his children’s children never stopped telling the story of this theft, and their desire to have their stolen property returned.

Now imagine that 160 years have passed, and the English government has had a change of heart. In fact, they formally apologised for the theft of the McIntyre section, and other properties in the area ... and they said were sorry for the violence which the family and clan had suffered in the process. The current Mr McIntyre – six generations on, and still living in the same house – was very pleased with this.

But McIntyre’s section was not returned to him, nor was any of the other land that had been stolen from his clan. Instead, the English government had decided to pay a sum of compensation to another person, a Mr Campbell, who was a distant relative of McIntyre and who lived on the same street.

It seems that the main qualification that Campbell had for receiving the compensation was that he seemed to be the sort of Scot that the English could do business with. And he particularly needed to be someone who would take the money in order to fully and finally settle this old dispute – and not harp on about needing the actual land to be returned.

(I should point out that Campbell has said that he would spend the compensation money – minus his own expenses – for the betterment of all Scots living in the Argyle.)

But McIntyre’s story does not end there. He did some research and found that the English government (which by this time was calling itself The Crown) had given his section, and many other properties on his street, to the local Council. The Crown had given this land to the Council for no payment, and were describing this as an act of philanthropy that had magically transformed this land into an “endowment” which provided ongoing money to pay for Council activities.

Despite the goodness of its name, this “endowment” was simply based on members of the McIntyre clan, and their other neighbours, still paying their “ransom” over many years.

Meanwhile, it turns out that the local Council got caught up in the change of heart about what had happened 160 years ago, and decided that it would like to do something to make amends. But it didn’t deal directly with Mr McIntyre, nor most of his neighbours who had their land stolen.

Instead, the Council made an offer to Mr Campbell that it would hand over all the lands that it had in its “endowment” leases ... but only if Campbell was prepared to pay a current market rate for these sections. When Campbell thought about it, he decided that this was an outrageous idea and turned it down. Why should he be expected to pay for something that had been stolen in the first place ... and had been given by the Crown to the Council at no charge? 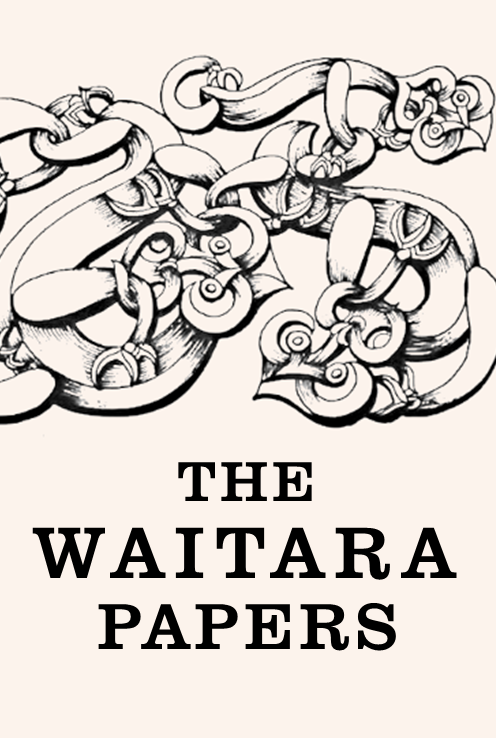 The local Council was a bit surprised at this rejection ... but soon got over it. It quickly decided that it was going to sell its leasehold sections anyway, if it could only get itself out of the strict legal conditions that the Crown had imposed on its original “endowment”.

So that’s where we are today, and there is no happy ending yet in this particular tale.

Yes, the present-day Mr McIntyre has ended up with an apology ... but it hasn’t amounted to anything that really mattered to him. He never got his land back, and he is continuing to pay his leasehold rents to the local authority.

It is a story that could drive you to drink. But that didn’t happen for the Mr McIntyre in our tale until fairly recently. I think the tipping point came one morning when McIntyre was walking up his street past another section that had been originally owned by his clan, but was also stolen and sold off by the English.

On the side of the road, he saw a sign that said the local Council had bought the section, and were now turning it into a museum for tourists and back-packers. This museum would become a place that would tell the story of the Scottish clearances and the terrible violence and murders that took place on that very street, 160 years ago.

Of course you can see that I am making up an allegory here ... yet it is a story that comes somewhat close to the experience of the extended families of the Waitara hapu of Te Atiawa.

The point of this story-telling is that I don’t know a Scotsman alive that would settle for the sort of deals that our government and our Council are expecting the local Maori people to settle for. And I believe there just hasn’t been enough energy put into listening to Maori, and trying to really see things from their point of view.

If you take a look at the majority of submissions to the Maori Affairs Select Committee on the proposed Waitara Lands Bill, you will see that they are opposed to the Bill. This includes Maori and Pakeha submitters. A great many of them spell out clearly how the latest proposals to freehold the Waitara Lands will create yet another layer of historical grievance.

Let’s figure out how to finally return this stolen property – at no cost to the Waitara hapu, and with no strings attached.

This may be the best opportunity we have had, in our generation, to try to bring real peace and reconciliation to these continuing grievances.

vivian Hutchinson is a trustee of Community Taranaki.

This paper is licensed for distribution under a Creative Commons Attribution-Noncommercial 3.0 New Zealand License http://creativecommons.org/licenses/by-nc/3.0/nz/deed.en