There can be little land of greater cultural significance than the land under discussion here today. This land is a mighty symbol. It is suggested that the Council, in relying on the obligation in the Local Government Act, is legally entitled to take a decision to return this land to the tangata whenua. And it should do so as a matter of common justice.

I have come here to speak on behalf of the tangata whenua. On their behalf I want to address the Councillors of the New Plymouth District Council with respect and with humility.

The hand of history sits heavily upon us in New Zealand — and even more heavily in Taranaki.

Yet this could be an historic day. If I may say so, it reflects great credit upon the Council that it is considering the issue.

The Waitara Lands, the subject of the Council's decision, are steeped in history of an unsatisfactory sort. 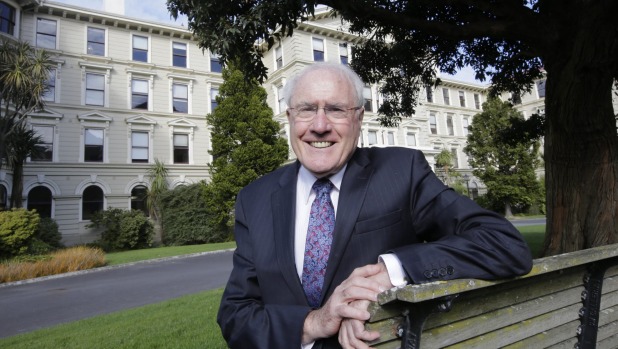 A Royal Commission, chaired by Sir William Sim, a Supreme Court Judge, found in 1928 that the Taranaki confiscations, and particularly the Waitara lands, involved clear injustices. It found plump and plain that the Government was wrong and had engaged in "an unjust and unholy war". (See Appendix 1)

The Waitangi Tribunal tells us in The Taranaki Report — Kaupapa Tuatahi (1996):

... while the Crown's attempted acquisition of the Pekapeka Block at Waitara is generally seen as having started the war, it is rather to be viewed as the last straw in a purchase process that had been going on for 19 years ...

For the Te Atiawa people, what happened to their land and, particularly the manner in which they were treated in relation to it, was manifestly unjust. That sense of injustice does not reduce greatly with the passage of the years.

In truth, no justification can be offered for what the Government did in regard to the Pekapeka Block. The settlers had no right to it and, to be fair, the Crown has not argued for many years that it could justify its policy.

The judgment of historians has been similarly harsh. W Pember Reeves in The Long White Cloud (1924) reached this judgment about the Waitara purchase at page 199:

But probably wrong technically, certainly needless and disastrous it will always remain for New Zealand the classic example of a blunder worse than a crime.

The late Professor Sir Keith Sinclair in his book The Origins of the Maori Wars (1961) says in the preface:

Much of the polemics during and after the fighting was concerned with the Waitara land purchase, which immediately led to war. Three generations have speculated on this subject, adding confusion to what was already obscure, so that it appeared the most mysterious event in New Zealand history.

Professor Sinclair's book painstakingly goes through the evidence concerning the Waitara purchase, reviewing everything that happened. He thought there was probably a good deal to be said on both sides, but it turned out that was not the case.
He concludes:

After examining a mass of evidence, however, I concluded that the government had scarcely a fact to stand on.

Professor Sinclair is not alone in the judgment that he makes about the justice of events at Waitara. Speaking of the actions of Governor Gore−Browne, the historian, Professor W H Oliver, in his book The Story of New Zealand (1960) says:

Though later the Governor was to be stricken with guilt for his part in the business, he now convinced himself that Kingi had challenged the authority of the Queen and must be put down. A small piece of fertile land at Waitara, dear to Kingi and his people as their home, dear to the settlers as a symbol of the land they needed, precipitated that protracted frontier engagement called the Maori Wars.

An epilogue was spoken some years later. The war ended with the confiscation of rebel land. Among the confiscated lands was the block at Waitara. Loyal Maoris with claims to such lands were entitled to apply for compensation. Teira claimed compensation for his land at Waitara. The court hearing the claims adjourned the case and the government settled the matter unofficially. For very good reason. This, the first real investigation of title, had shown Teira's claims to be worthless and ICingi's to be sound. The truth was too bitter to be allowed to emerge in open court.

Thus, the land at Waitara was the occasion of the war.

In another work, Professor Sir Keith Sinclair, in his book A History of New Zealand (revised edition 1969) makes the following comment on confiscation as a colonial policy. At page 143 he says:

As an instrument of colonisation, confiscation was a costly mistake: far from paying for the war, the confiscated lands proved a financial burden. As a measure of Maori policy it was a crime: it embittered relations with the Maoris for generations, while immediately bringing many recruits to the Hau hau. The government seems to have aimed at securing good land rather than rebel land, so that confiscation, as a punishment, fell most unequally. ... Altogether it was the worst injustice ever perpetrated by a New Zealand government.

In truth, the Government's claims could not, in respect to the land at Waitara, stand close investigation. And when they were investigated, it was clear how faulty they were. This is made clear in Alan Ward's book A Show of Justice (1973), page 115.

The history about the lands at Waitara is plain and unambiguous. What the Government did was unjust. It was wrong. In 1878 there were still difficulties in Taranaki. A large meeting was held at Waitara that year with Sir George Grey, now Premier, present. It is recorded that a Waitara Chief, Patu, greeted visitors, saying:

To this, Grey's reply was:

We now make one nation together.

The Local Government Act 2002, so recently passed by the New Zealand Parliament, provides a number of new measures to facilitate participation by Maori in Local Authority decision−making processes. The Act says in section 77 that the Local
Authority must, in the course of its decision−making, seek to identify all reasonably practical options for the achievement of the objective of a decision. And, in assessing those options, it has a particular responsibility:

(c) If any of the options identified under paragraph (a) involves a significant decision in relation to land or a body of water, take into account the relationship of Maori and their culture and traditions with their ancestral land, water, sites, waahi tapu, valued flora and fauna, and other taonga.

There can be little land of greater cultural significance than the land under discussion here today. This land is a mighty symbol. It is suggested that the Council, in relying on the obligation in the Local Government Act, is legally entitled to take a decision to return this land to the tangata whenua. And it should do so as a matter of common justice.

Councillors may feel uncomfortable with a decision of such significance as this. May I reassure them. One can rely on precedents for Local Authorities returning land to Maori. But that is not quite the point here. There is no land with this significance in historical terms, anywhere in New Zealand.

So this decision, about which the Council has been so thorough. painstaking and diligent, and which has been considered over such a long period of time, now falls this day for a preliminary decision.

The Special Council Meeting on 4 November 2003 will make the final decision. As the Chief Executive said in a media release last week:

By the time that final decision is made, there will have been more than a year of research and reporting by Council officers, detailed consultation with all interested parties in the community and three rounds of public hearings — all in an effort to resolve a deeply personal and complicated issue.

I commend to you the desirability of making a favourable decision for the tangata whenua. I congratulate the Councillors on facing up to a hard issue.

Sir Geoffrey Palmer QC is a Wellington barrister. In Parliament he has held the offices of Attorney-General, Minister of Justice, Leader of the House, Minister for the Environment, Deputy Prime Minister and Prime Minister. 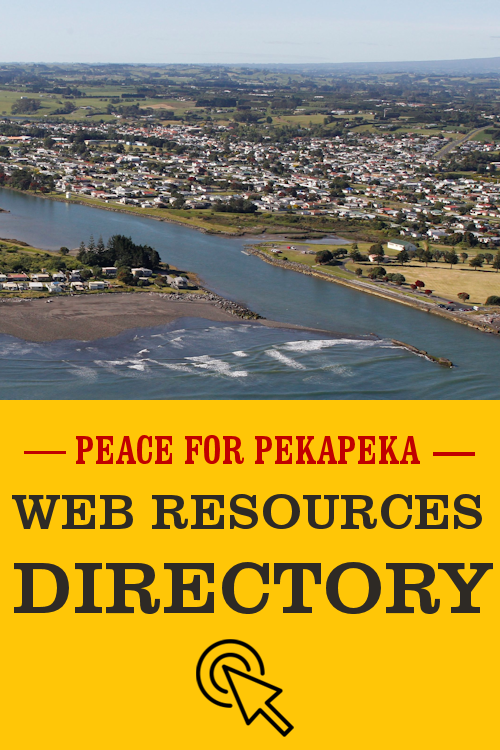 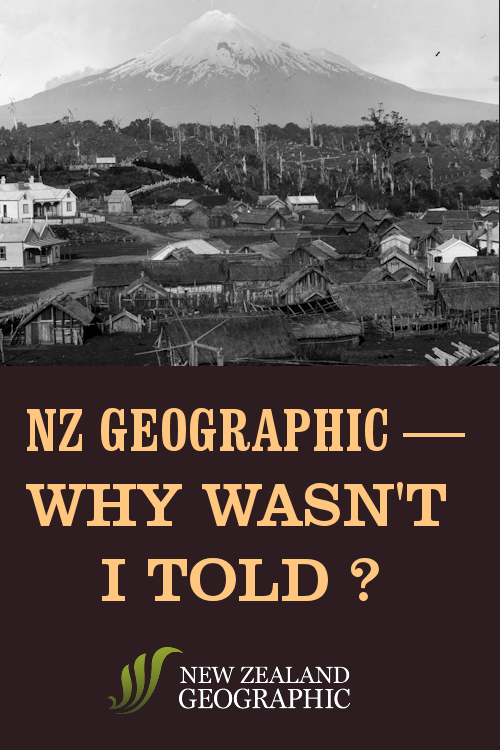 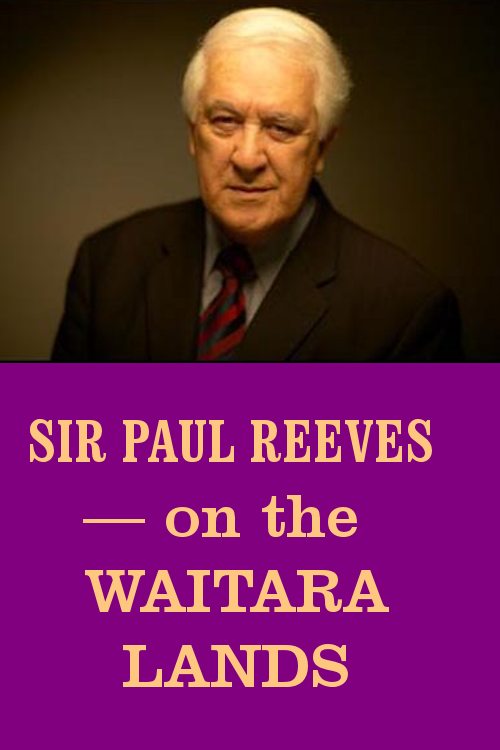 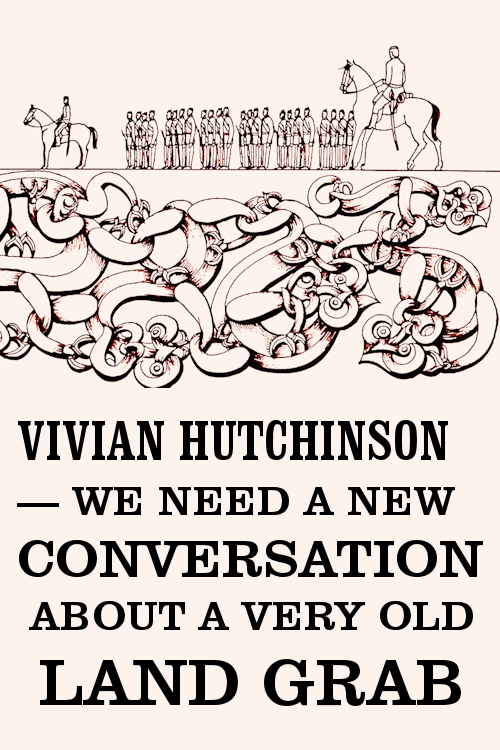