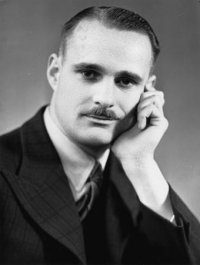 Bill Sutch will always be a controversial figure, not least for his unsuccessful prosecution for treason in the seventies. To see his role as a social entrepreneur it is therefore necessary to look beyond such incidents into his broader role as one of the initiators of the welfare state in the thirties, as one of our pioneer social historians, and for the wide range of social initiatives he championed, such as the setting up of the Design Council and the Consumers’ Institute.