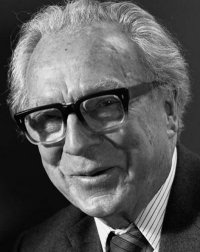 George Hogben’s work was extended and complemented by that of Clarence Beeby who effectively, as Secretary of Education under Peter Fraser, created our current education system through his child centred and holistic approach to the development of talent. It was largely on the basis of his work and that of his mentor, Fraser, that we opened tertiary education to talent in the sixties and to the present in ways which were a logical extension of the work of Hogben in respect of secondary education, thus opening the way to a fully skills based economy.