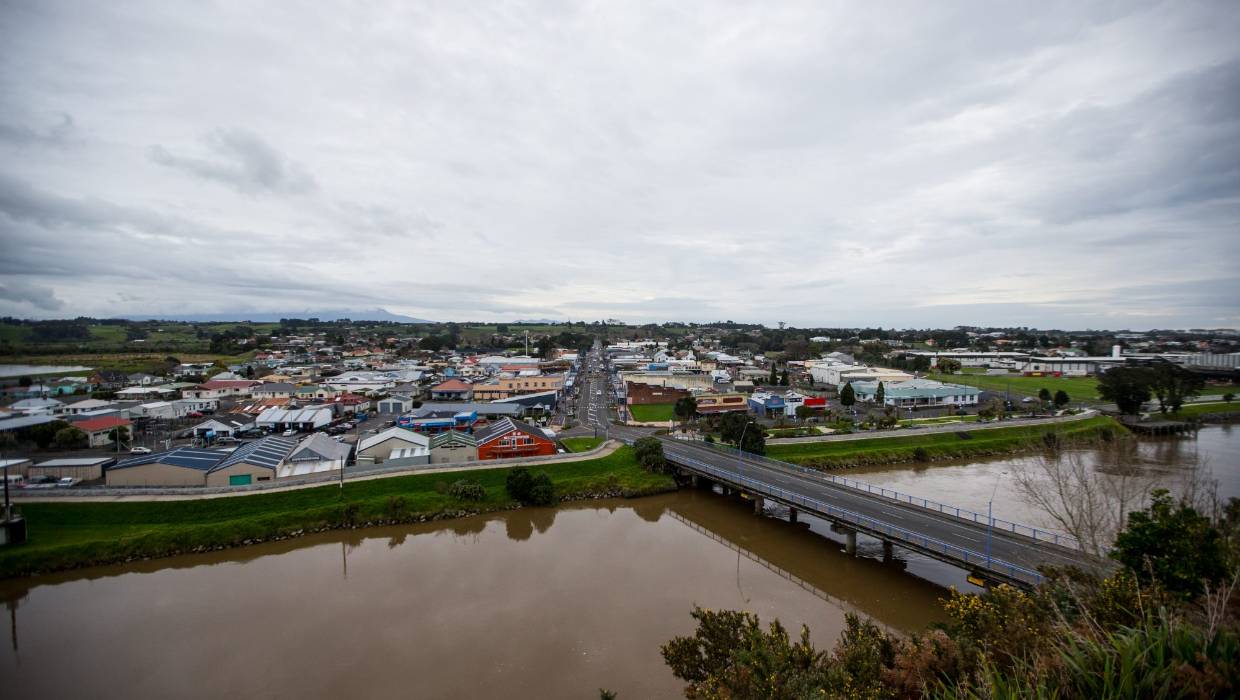 The Supplementary Order Paper for the Waitara Lands Bill [1] went through the New Plymouth District Council on Friday with only 24 hrs notice to the public and it is being pushed through Committee of the Whole House and the Third Reading in parliament this coming Wednesday.

It still seeks to freehold the lands confiscated at the start of the land wars.

The last time it was proposed to freehold the lands in 1995, then Minister of Justice Doug Graham's writing on behalf of the government stated that:

"I have been asked by the Government to advise you that the Government remains concerned that if the Crown, in its role as legislator, were to support the enactment of the Bill it could be seen to be in breach of its duty under the Treaty of Waitangi to act in good faith towards a Treaty partner. The Government is therefore not prepared to support the Bill at this stage particularly in light of the importance to Taranaki Maori of the area covered by the Bill."

We are not sure anything has changed since 1995.

Even with the intent this Bill has to freehold the lands, in its rush, it has some big holes.

It talks about two hapū throughout the Bill but only has support from one. It proposes a trust as a recipient but that had not yet been set up, does not state who it is to represent, or who it has mandate from (failing basic thresholds set during the Treaty of Waitangi settlements process). [2]

It is also seeking to appropriate the date the first shots were fired at Te Kohia Pa on 17 March with the enactment of the Bill which will be the final loss of the land by hapū and iwi.

Further, and after having received 150 years of lease payments from the stolen lands, all the New Plymouth District Council and Taranaki Regional costs for considering the Bill will come out of the endowment fund itself. This is without even stating what the councils' costs are. LGOIMA requests of these councils have showed that neither had done any analysis for if either or both hapū said no.

Since the Crown took the Pekapeka Block and gave lands to the council for free, the hapū have been seeking return of what remains that the council is seeking to freehold.

In the absence of the Crown having the courage to face this history and do the right thing by the five inquiries [3] that have highlighted and reiterated the confiscation, and returning the lands, one hapū Manukorihi have said yes to the Bill.

Ōtaraua have said no [4]. The Bill is progressing ahead anyway.

Manukorihi cannot be criticised for their choice. It is their choice to make in the face of the Crown not having the courage to address the issue properly, as we have previously advocated for [5] [6]. This is particularly the case prior to the National Commemorations of the NZ Wars - Te Pūtake o te Riri - being held in Waitara next year.

The Bill should not progress to the detriment of Ōtaraua hapū. At the very least the Bill must be amended so that Ōtaraua hapū does not again experience another legislated act of confiscation and denial of access to their lands.

[5] The Spinoff: The Waitara Lands were stolen therefore return them https://thespinoff.co.nz/society/05-10-2017/the-waitara-lands-bill-the-land-was-stolen-therefore-return-it/

[6] The Spinoff: Ten Reasons the Government should return the Waitara Lands https://thespinoff.co.nz/atea/21-04-2018/10-reasons-why-the-government-should-return-the-waitara-lands/