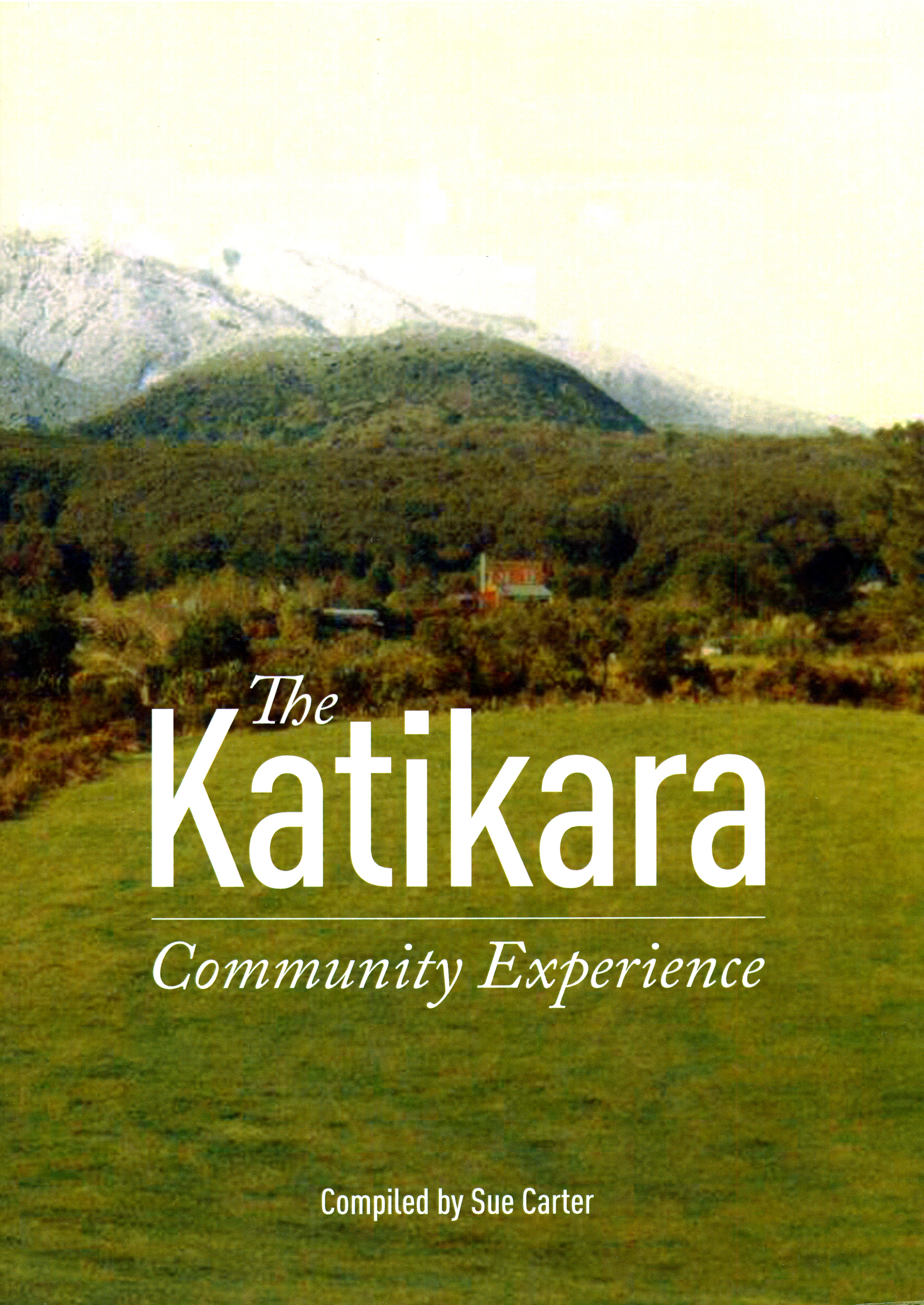 >click< above to view a PDF edition of this book 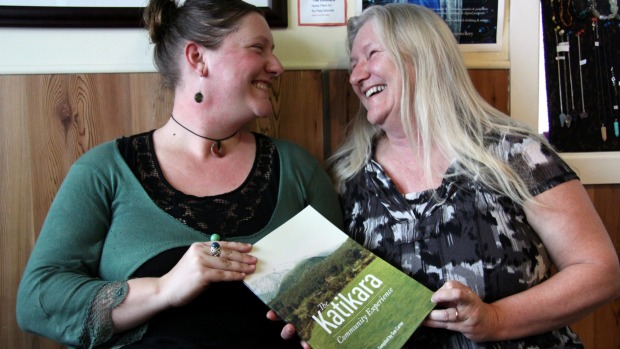 SUE CARTER HAS compiled a book about Taranaki's eco-community Katikara.

Her book called The Katikara Community Experience shares the community's history and was launched in late August.

Katikara is a 26-hectare piece of land near Pukeiti, named after a nearby river, which is currently occupied by five adults and two children.

"It was started in the late 1970s by people who bought the land themselves and were living organically," Carter said.

Seven people originally owned the land and developed it with the intention on becoming self-sufficient. Several years later more people came on board after a festival at Parihaka called Te Raa Aranga.

Over the years people built gardens and houses, ran different businesses from there including a magazine called The Foxglove and even made their own power.

In 1981 they formed the Taranaki People of the Land Incorporated Society to make sure the land was never going to be owned by one person in the future.

"They made a constitution," Carter said.

"The purpose of it was to care for the Earth, restore its sacred purpose of nurturing life for our future generations and the society would encourage any communities, non-profit businesses or educational activities which would further that aim."

Carter lived there herself for about six years from 2001 when her daughter Dawn Treneary was a teenager.

Later on Treneary went back with her family for about six months. She's now the chairwoman and Carter is the treasurer.

The idea of a book came about after the community celebrated its 30 year anniversary in 2011. Financial support came from TSB Community Trust and society members' fundraising efforts.

Inside the book features the stories of people who set it up and lived there. "I just compiled it and filled in the gaps," Carter laughs.

"The reason why I did it was because there's now been several generations that have gone through the community and the original purpose, or the original vision has become coloured.

"So I put this together so that future generations would know the true history."

Copies have been sent to libraries around Taranaki. People can buy copies for $45 plus postage by emailing [email protected] or $40 at The Apothecary on 24 Tarahua Rd.