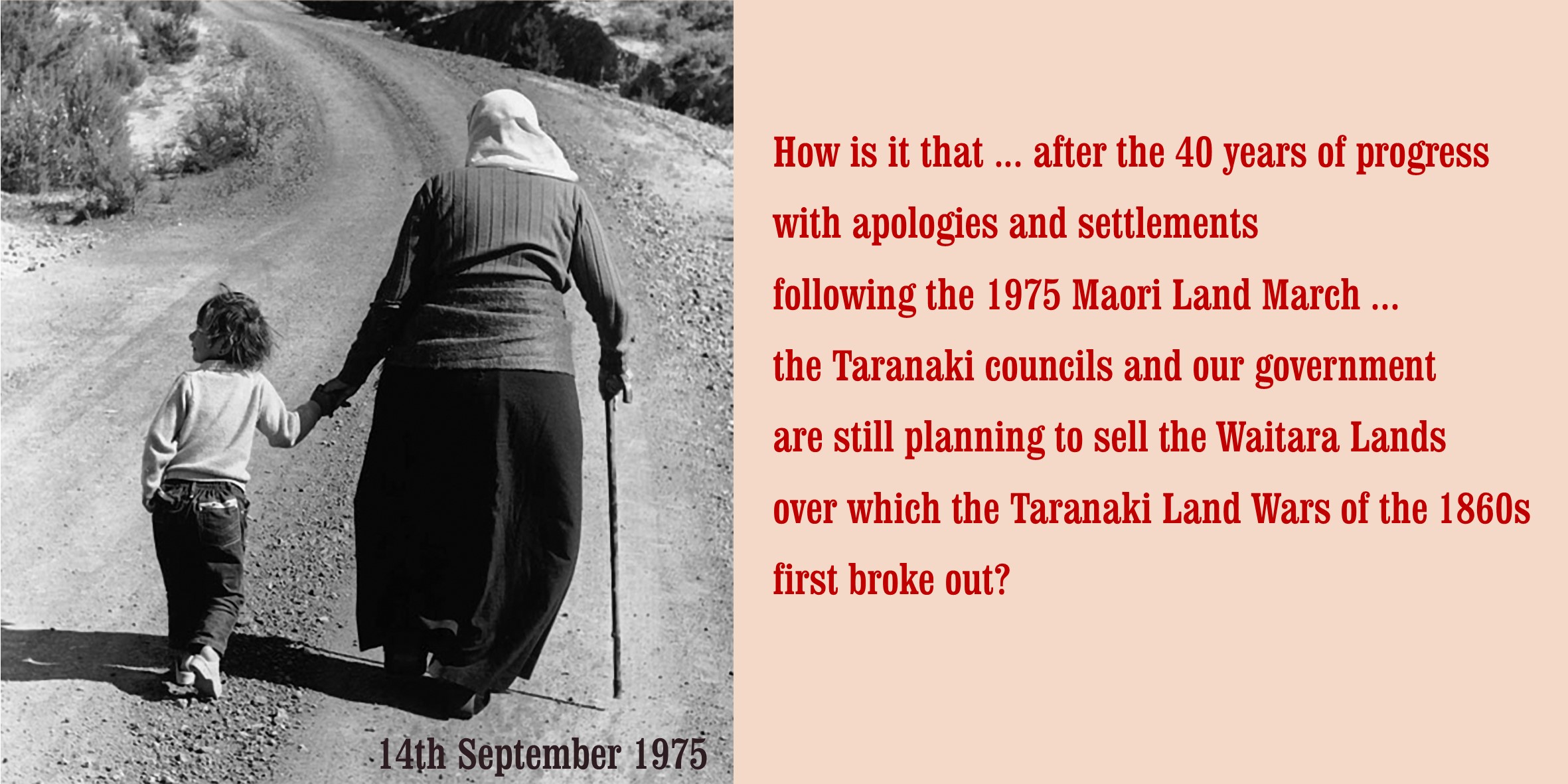 What is an apology really worth? It is worth our honour.
An apology gives us ongoing responsibilities. It is never a full and final washing of our hands ... it is an wish to move forward without continuing a grievance, or creating a further one.

The New Plymouth District Council (Waitara Lands) Bill is to be presented to parliament tomorrow. For the third time, this legislation has been extensively re-written and it still contains some significant holes.

It does re-iterate the Councils and government apologies to Te Atiawa, and to the Waitara hapū of Manukorihi and Ōtaraua. There have been four commissions over the last 158 years which have come to the same conclusion: this land was stolen, and it's confiscation was an injustice against the tangata whenua.

What does an apology mean in practice?
Common sense would suggest that it should mean that land still in public ownership should not be sold, but be returned to the original owners.

But this is not the purpose of the Bill that hopes to be finally passed tomorrow. It still has the absurd determination to sell the Waitara lands, before distributing the funds to all sorts of vested interests.

New Plymouth District Council have consistently argued that they are limited by their fiduciary responsibilities and legal obligations to all ratepayers, which they say means that they cannot just simply return the land to Manukorihi and Ōtaraua hapū.

It could be argued that this is the law that needs to be changed so that it does not apply to stolen property.

The Taranaki land wars and the confiscations started at Waitara, and are being acknowledged here next October in a national commemoration called Te Pūtake o te Riri. This is why this is not a local issue to be settled by a NPDC-sponsored Bill, but a responsibility for all Parliamentarians to get right.

The Waitara Lands were left out of the Ātiawa settlement, and hapū have previously refused a monetary settlement, in the hope that we as New Zealanders would take the opportunity to get this right.